Spring Is Here! (I think)

I’ve got big plans this spring (I know I am speaking as if it is still coming – when in fact, it already came, flitted around for a few minutes, left, came back, left again, and maybe just might now be making a real grand entrance, today). Last weekend was going to be my first get-outside-and-get-my-hands-dirty day…. and then this happened: 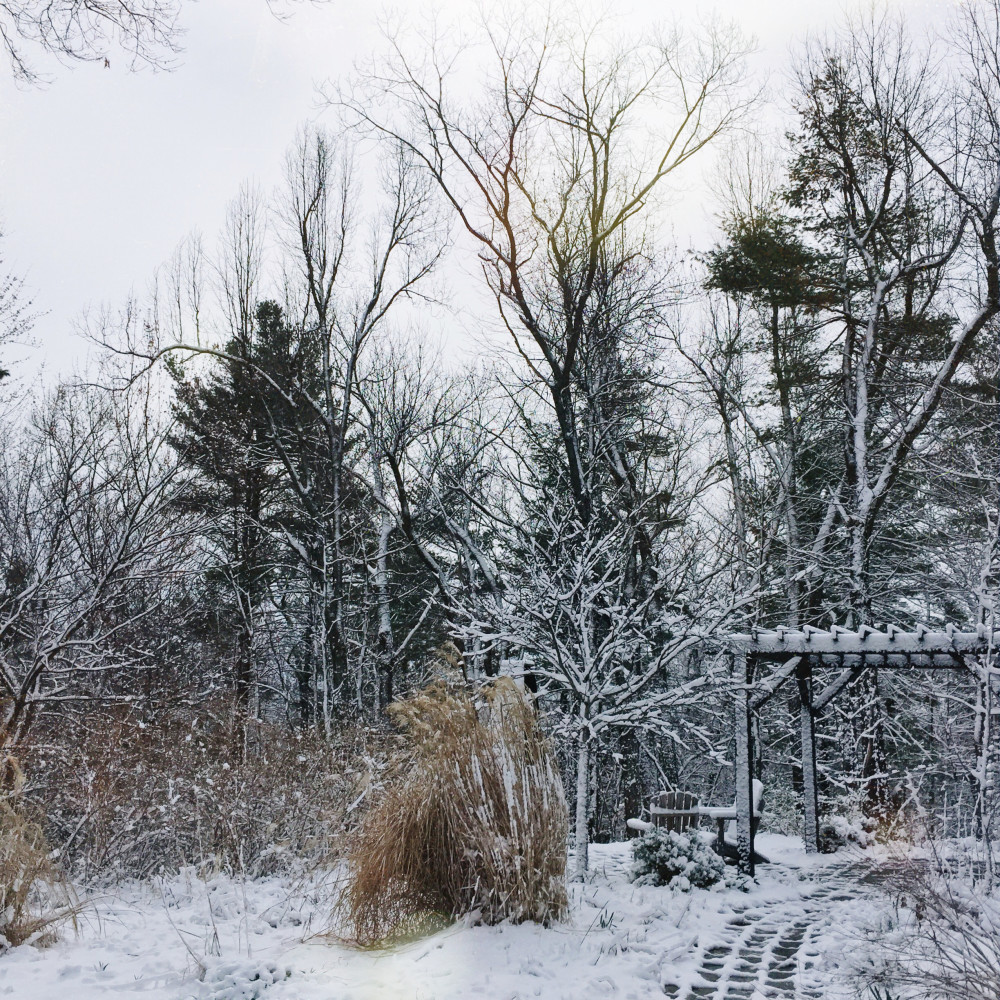 My garden in Harvard, MA, April 5th, 2016. It actually got much deeper by the time it was all done…  nearly 8″ deeper.
So I had at least one more weekend to think about garden plans, goals and projects that I want to tackle this year. And while I sat inside, in front of the toasty fireplace, facebook served up this gem – from my own timeline, six years ago – when my son, who is now ten, was four. me: Hey Isaac, what do you want to be when you grow up? Isaac: An Elephant me: But if you were an elephant how would we talk to each other? Isaac: I would have no more questions for you. me: But what if I want to talk to you…… Then later….. Rob: It’s going to be really hard to become an elephant Isaac: We need to find a wizard It brought sweet tears to my eyes, it made me feel an abnormal fondness for facebook and its memories feature, and an urgent desire to hug my little boy (while he is still little) and it got me thinking how I wish I had taken the time to write down more of these things from when my little people were even more little. But journaling isn’t my strength – and I constantly wish it were.  I am always setting new goals to do it in new ways and one day, I am sure the habit will eventually stick.  But it isn’t just life, and gratitude, and creative ideas and memories that I am always wishing I had documented… it is my gardening notes too. I have, in the past, had visions of creating a garden journal that would rival the beauty of 18th century naturalists and planthunters.  But if I am going to be honest, it hasn’t happened because I set the bar far too high.  I am not Alexander von Humboldt and I never will be (I mean seriously – just look at these amazing mountain drawings! – I digress).

But unlike all the other journaling I endeavor to achieve, garden journaling has purposes that go beyond romantically pretty pages and nostalgia, in a way that is entirely practical.   The weather, the onset of fruit and flowers, pest and disease, as well as notes about when and where things are planted, what worked, what didn’t and why, are simply more than any mere human can keep in one average sized brain….and the more I garden, the more I wish I had written down things when I started.  Record keeping is unquestionably my biggest failing as a gardener and I think it is preventing me from getting better. But as I enjoyed the memory of my little boy, I began to think Facebook has my answer – did you know you can post stuff on Facebook that no-one can see but you?  All you have to do is select ‘only-me’ from the button just to the left of the post button. Why, you might ask, would you want to do this?  Because I have become convinced that despite all my complaints about Facebook (the weird and often inappropriate social norms and lack of manners, the sometimes awkward exhibitionism, and the ever repeating images and memes that weren’t even interesting the first 50 times I saw them, blah, blah, blah)  – there is some real usefulness…. and that is the memories feature.  I can post whatever I want to just myself (no need to torture my friends with my garden notes) and it will keep it safe and organized for me – and it will remind me years from now – and most importantly is easy and right where I need it –  which is right where I already am.  Who isn’t constantly on Fb?  Plus it is easy and it can be even more handy if you use #hashtags and images and the search tool to find stuff later. Have I discovered the most genius easy way to keep your garden notes?  I’m giving it a try and will let you know (next year) — but if you have any tips from your own garden journaling efforts, let me know – I certainly can use them.
-Rochelle
By Todd Sandoval|2019-01-23T05:20:30-06:00November 21st, 2017|Uncategorized|0 Comments

About the Author: Todd Sandoval